How a family sailing adventure led to the resurrection of ancestral sugarcane crops—and some award-winning local rum.

Rum—the suitable spirit for celebrating arrival to a tropical locale, the drink-of-choice for infamous pirates such as Jack Sparrow, and the alcohol found in bottles typically adorned with either a sea captain or an octopus.

How? They followed the sugar.

In 2007, Steve Jefferson and his family of four embarked on a sailing excursion around the Caribbean. Upon landing on the French island of Martinique, the Jefferson’s toured a local sugarcane farm where he and his wife toasted their safe arrival with rum agricole—rum made from fresh-pressed sugarcane juice rather than molasses—while their young children happily sipped on the pre-distilled nectar.  To their surprise, this rum represented something far different from the base spirit found in multi-colored, umbrella-topped cocktails that nostalgically kickstart vacation-mode. This delicious liquor, full of depth in flavor and in meaning, was like “someone slamming on the brakes,” according to Steve.

Growing up in Hawai‘i, Steve witnessed the gap between the vibrant Hawaiian culture and the experience tourists received while visiting. Plastic lei replaced fresh plumerias, tour buses replaced genuine interactions with the land, and Hawai‘i’s once abundant and defining sugarcane crop was siloed into a singular juicing stand at the farmers market. When Steve tasted the rum agricole, he found a vehicle in which to bridge the gap.

Intent on cultivating an authentic Hawaiian experience, Steve returned to the Big Island of Hawai‘i, partnered with Chris Schlarb, and together they tested their hand at making traditional Hawaiian rum. The first step: distilling rum from molasses, an inexpensive and less labor-intensive byproduct that serves as the primary input for over 97% of the world’s rum. After a successful trial with molasses, they moved on to the tougher job of using the juice from fresh sugarcane, which they sourced along roadsides and within neighbors' yards—leftover crops from the glory days of sugarcane production in Hawai‘i when a third of the island was covered in this sweet plant.

Rekindling the lost art of traditional rum agricole naturally began to spread throughout the community ultimately finding its way to Noa Kekuewa Lincoln, Ph.D., an expert in native Hawaiian sugarcane and better known as “the kō (sugar) guy.” Born and raised in Maui, Noa spent his time at Stanford studying the agricultural systems of the very first settlers on the land he calls home. What he discovered was nearly 40 heirloom species of sugarcane that descended from the very first sugarcane crops planted on Hawaiian soil by Polynesians over a thousand years ago. 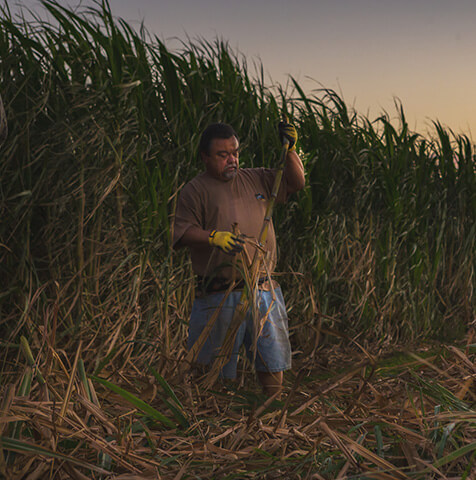 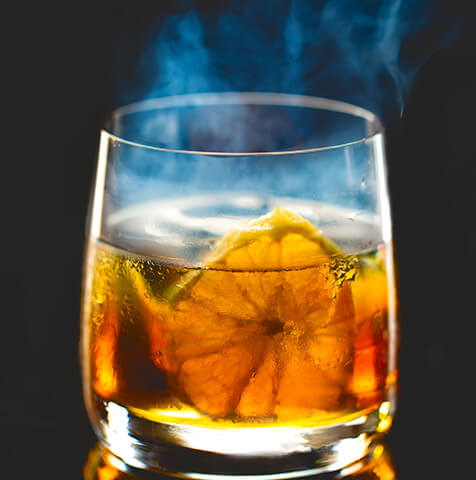 For Steve, this indigenous cache of sugarcane varieties cultivated directly from the very first Hawaiians became the crux of his mission: “how do we let Hawai‘i be even more Hawaiian?” For a start, he thought, plant the long-lost heirloom varieties of ancestral sugarcane and produce 100% Hawaiian rum to share with the world.

When Polynesian voyagers arrived by canoe to the Hawaiian Islands, they accepted “kuleana” of the land by planting their sacred crops, working hard to tend to the land, and dedicating their life to creating a thriving landscape of abundance. In the western world, “kuleana” translates to the rights and privileges you accept if you’re willing to be responsible for something, but like many Hawaiian words, the meaning goes much deeper. Steve adds that making the conscious decision to accept kuleana doesn’t end with acquiring those rights and privileges, but rather, serves as the initiation of where the work begins. Accepting kuleana for something involves a dedication of time, efforts, and passion—however much it takes— to build something of value and benefit to be shared with the community.

In 2013, Steve and his wife purchased a 45-acre lot on the north end of Hawai‘i Island, and like the first Hawaiian settlers, accepted kuleana of the land—Kuleana Rum Works was born. Steve doesn’t take this acceptance of kuleana lightly, which is why his “bare minimum” involved a three-part system: a farm tending to 40 varieties of oftentimes tricky sugarcane crops, a distillation warehouse which serves as the first-ever distillery on island, and a full-scale bar and restaurant to showcase the spirit alongside traditional Hawaiian cuisine.

This elaborate process begins at the farm, located on ‘Upolu Point at the northern tip of the Big Island, where Noa’s heirloom sugarcane crops grow here and, most of them, nowhere else. Rows of purple, striped, black, and yellow varieties fill the stretch of land with the expansive Pacific Ocean as the backdrop. About three times a week, the sugarcane is hand-cut and hand-fed into an antique juicer that flattens and presses the colorful stalks into sweet juice. This glorious nectar is then transported to the distillery in Kawaihae where it’s fermented with a proprietary yeast blend and distilled in small batches with the help of a handmade copper alembic pot still imported from Portugal. Few rum producers choose to distill rum themselves, fewer choose to distill rum directly from fresh sugarcane juice, and fewer still attempt growing their own sugarcane, but Steve’s acceptance of kuleana doesn’t allow for shortcuts.

Kuleana Rum Works features a straight-forward lineup of three (all award-winning) rums. The Hawaiian Rum Agricole headlines the brand’s offerings at the Big Island’s very-first distillery. The spirit is slowly and carefully distilled from 100% fresh sugarcane juice grown on the Kohala farm. The remaining two rums feature blends, or “orchestras” as Steve calls them, due to the extensive process of scouring the world’s rums—of Kuleana Rum Works quality, of course—and meticulously blending them together to create an exciting ensemble of depth, balance, and character.

The first world-class blend, Huihui, includes Kuleana Rum Work’s prized agricole, cane rum from Martinique, a nod to where the idea began, and a molasses-based rum from Papua New Guinea, where sugarcane was first domesticated some 10,000 years ago. The second blend, Nanea, showcases a curated cast of three variously-aged, molasses-based rums from around the globe making for a fascinating taste of body, accents, and ease. In tune with the brand’s commitment to authenticity, all three of these spirits omit any added sweeteners, flavorings, and colorings. This yields clean liquors that Kuleana Rum Works encourages to enjoy neat or quietly, with a splash of simple syrup and a squeeze of lime—now that sounds like an ideal fresh-off-the-airplane beverage.

Since opening in 2013, Kuleana Rum Works spent five years hard at work before hand-batching, hand-labeling, and selling their first bottle—a testament to the intentionality and personal accountability Steve adopted while building the business. Steve has a saying: “easy choice, hard life; hard choice, easy life.” From tending to crops that have since been eradicated due to the laborious commitment required to keep them alive, the distillation process that can go sideways at any moment, and the amount of the business that operates “by hand,” it’s obvious that Steve had no problem with the “hard choice.”

A thriving local business. A sustainable operation. Three award-winning rums. And a deeply rooted concept that satisfies Steve’s wish to showcase “just how awesome Hawai‘i is.”